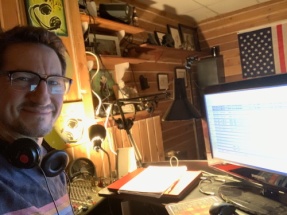 Carmel, NY, April 7, 2020 – Jedtainment today released “Helping Hand (We’re All In This Together),” a single aimed at raising money for several charities providing COVID-19 relief. The song was written and produced by Jed Luckless and features over a dozen of Second Life’s most popular musicians and singers. Second Life is a 3D virtual world with a thriving live music scene and the new single represents a collaboration of artists from across the globe.

“As musicians in Second Life, we’re part of a community of very talented and compassionate people,” says Jed Luckless, producer and songwriter. “When I thought about how we could fight coronavirus with music, the first thing that came to mind were songs like “We Are The World” and “Do They Know It’s Christmas.” I don’t think anything like that has been done before in our virtual community.”

The basic track was recorded at Jedstead studios in New York, and the “Helping Band” members recorded their tracks remotely. “It was a fun experience,” said Lexie Luan, who helped produce the song. “Since Second Life is a virtual platform, we had to coordinate with performers all around the world and figure out the best way to have them record and send us their parts.” The final song was then compiled and mixed by Jedtainment. 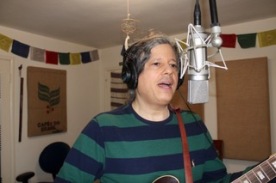 “I’m really pleased with the result,” said Jed. “I was moved by everyone’s incredible enthusiasm for the project, but I wasn’t surprised, because charity and philanthropy is widespread in Second Life. I just hope we can raise some money and make a real difference for people who are hurting.”

The song is available at http://www.helpingband.org where listeners can donate to the cause. All of the proceeds will be split among three charities working to provide COVID-19 relief: Feeding America, Global Giving and Doctors Without Borders.

Have a heart and do your part to fight against COVID-19.

All proceeds donated to charity (Feeding America, Global Giving and Doctors Without Borders).

Listen to “Helping Hand (We’re All In This Together)”

Download “Helping Hand (We’re All In This Together)” mp3.

Second Life was launched in 2003 by Linden Lab, an industry-changing leader in virtual worlds headquartered in San Francisco. It is the largest and most successful 3D virtual world created entirely by its users.

Jedtainment is a music and entertainment production company based in New York that has produced music albums for artists such as Jed Luckless, JLB and Forbidden By Robots as well as various live events including an annual Holiday Revue fundraiser.